A charming coastal town, today Sant’Antioco is a well-known tourist resort, but with an ancient history steeped in emotion and devotion. Originally known as Sulki, it was a flourishing colony, initially settled by the Carthaginians and then the Romans. At the very dawn of Christianity, Antiochus, an exile from Mauritania, lived and preached here between the late 1st and early 2nd century AD. He was persecuted and martyred by Emperor Adrian for professing the new creed. The site of his martyrdom became a destination for the first pilgrims, many of who sought to be buried around his tomb. The catacomb cemetery is now the “heart” of the Basilica of Sant’Antioco, cathedral of the diocese of Sulcis from the 5th to the 13th centuries AD. The island’s patron saint has been celebrated since 1360 in what are the oldest festivities on the island or perhaps all of Europe.

Traces of the early settlement remain in the form of a 'tophet' and a necropolis (5th-3rd centuries BC) that occupies the entire hillside of the basilica and on which the Roman necropolis and then the cemetery of catacombs, the only one of its kind in Sardinia, once stood. Sulci flourished most during Roman time: along with Karalis, it was the most prosperous 'municipium' on the island. In the centre, visitors can admire Sa Presonedda Mausoleum (1st century BC), which was influenced by both Carthaginian and Roman cultures. The island has been inhabited since the 3rd millennium BC and was has been left behind are Pre-Nuragic remains, like the Domus de Janas in Is Pruinis and the statue menhirs of Sa Mongia and Su Para, as well as the ruins of about thirty nuraghes, including the particularly impressive S’Ega de Marteddu, Corongiu Murvonis and Antiogu Diana. Nearby are sacred springs and several Giants' Tombs, including Su Niu and Su Crobu. The Grutt’i Acqua Complex is simply extraordinary and consists in a polylobed nuraghe, a sacred well, a village with water works, walls, megalithic circles and small caves used for collecting water. The village extends as far as Portu Sciusciau, which was possibly a Nuragic port. Visitors can admire artefacts from the area, in particular small bronzes, in F. Barreca Archaeological Museum.

The name of the island and town derives from the patron saint of Sardinia, an African martyr called Antioch exiled to the island, to whom the Basilica of Sant’Antioco is dedicated. Although Sulci was the Bishop's seat from 484 AD (until the 13th century), it was only mentioned for the first time in 1089. Originally a Byzantine building with a cross-shaped layout, today it has three naves and as many apses. The eternal bond linking the local community and the saint is renewed each year a fortnight after Easter, with the oldest religious festival in Sardinia, which has remained the same since 1615. Between the 16th and 17th centuries, the uninhabited island was invaded by thousands of worshippers celebrating the martyr. These days, the Saturday before the Manna Festival, it hosts the parade of Is Coccois (ceremonial bread), while another festival commemorating the saint is held on 1st August with a parade in traditional costume.

To the south, the coastline is dominated by tall and jagged dark trachyte cliffs, whilst to the north, coasts are sandy and an ideal destination for divers. Portixeddu is the small beach closest to the town; it is surrounded by light-coloured rocks and lush rare Phoenician junipers, ancient dwarf palms and other Mediterranean plants. It is pebbly, as is larger Turri beach, whilst Maladroxa has fine grey sand and thermal waters, which spring from its sea bed, have been enjoyed since Roman times. Beyond Serra is Tres Portus promontory and Santa Caterina pond, where black-winged stilt and flamingo nest, is the wide and winding beach of Coqquaddus. 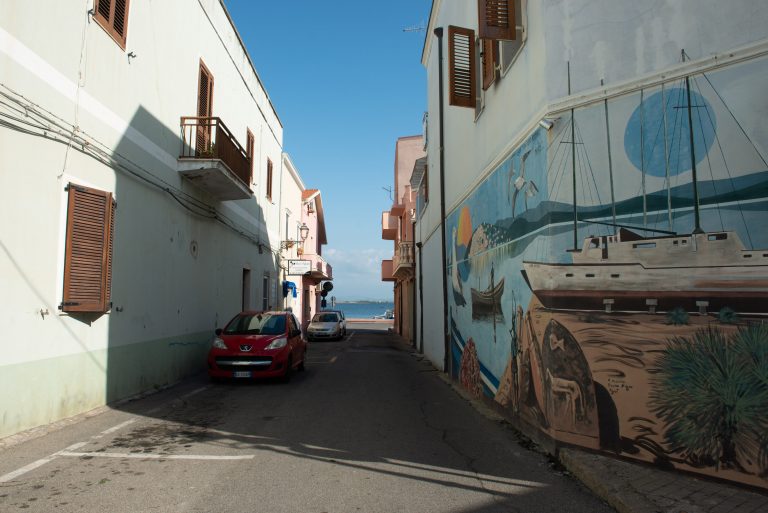 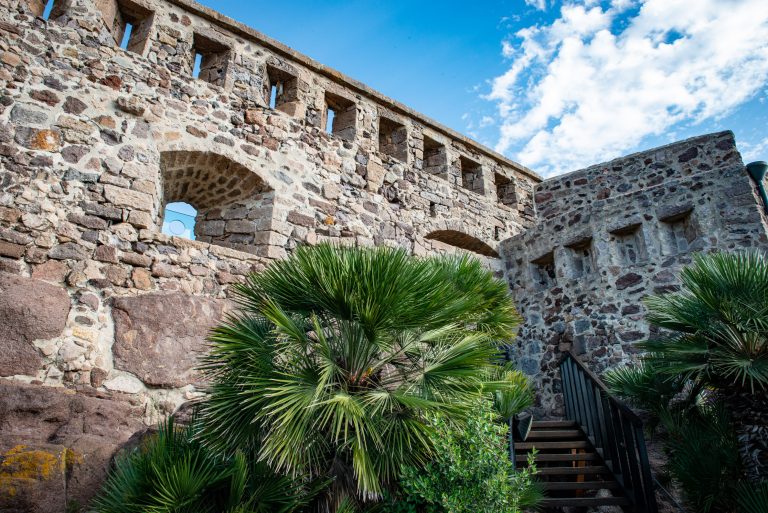 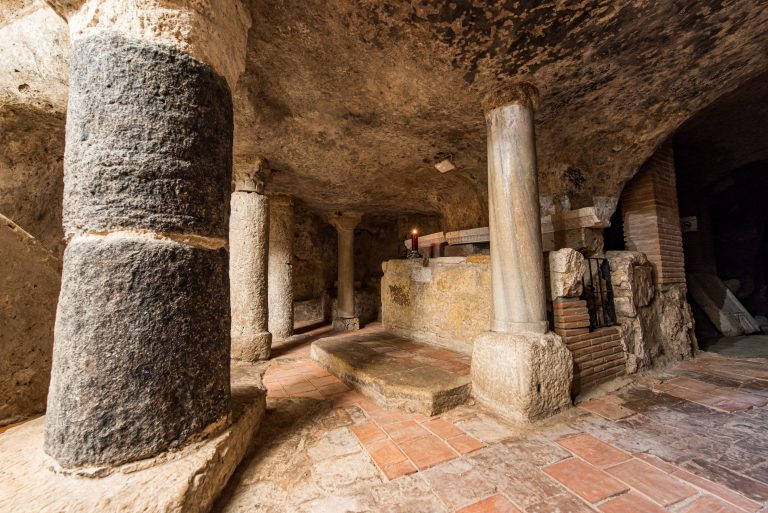 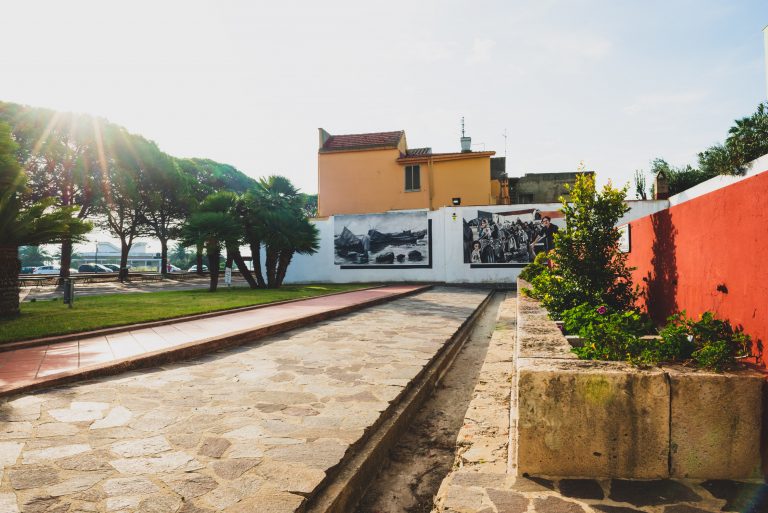 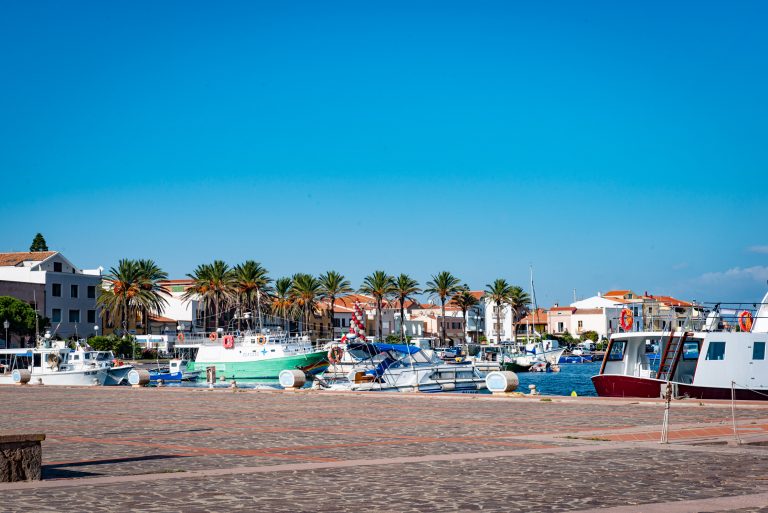 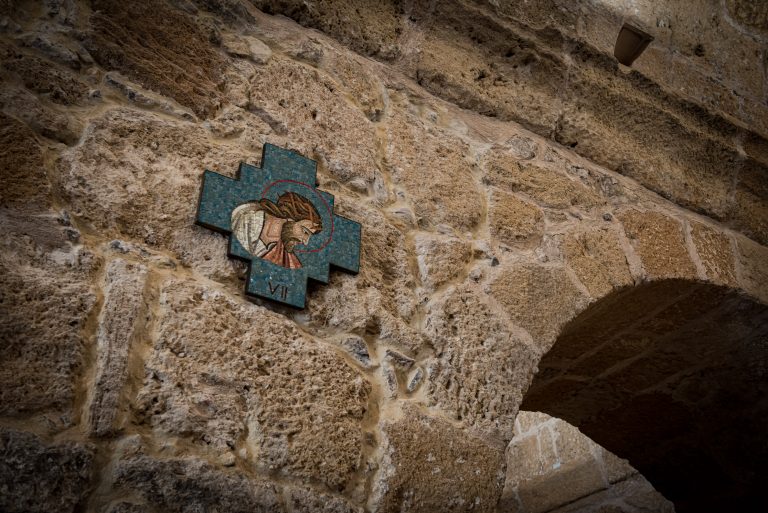 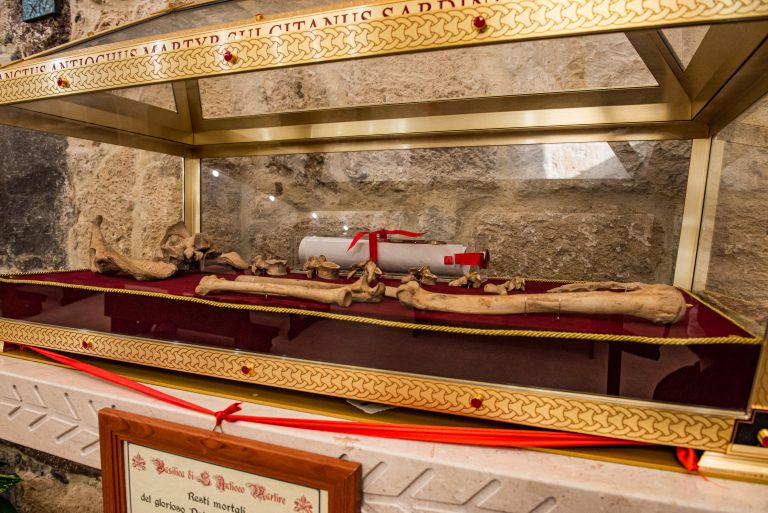 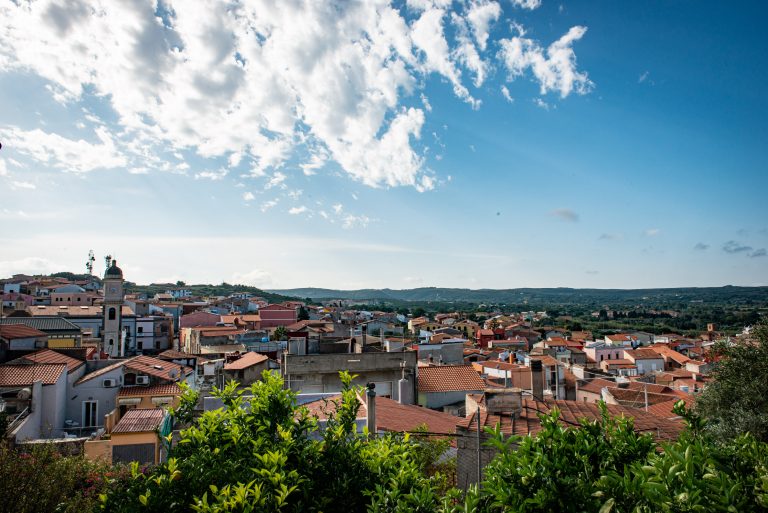 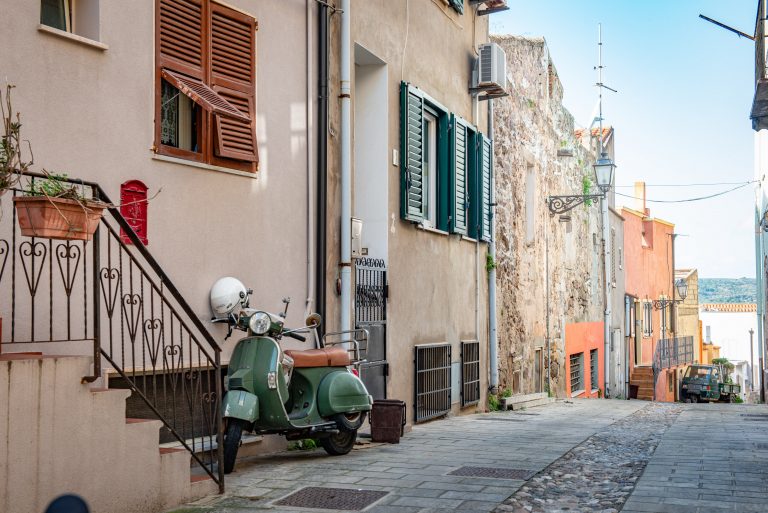 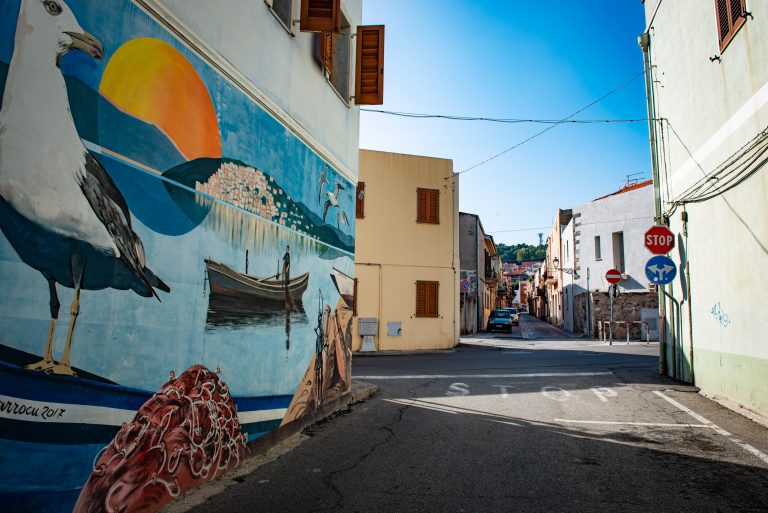 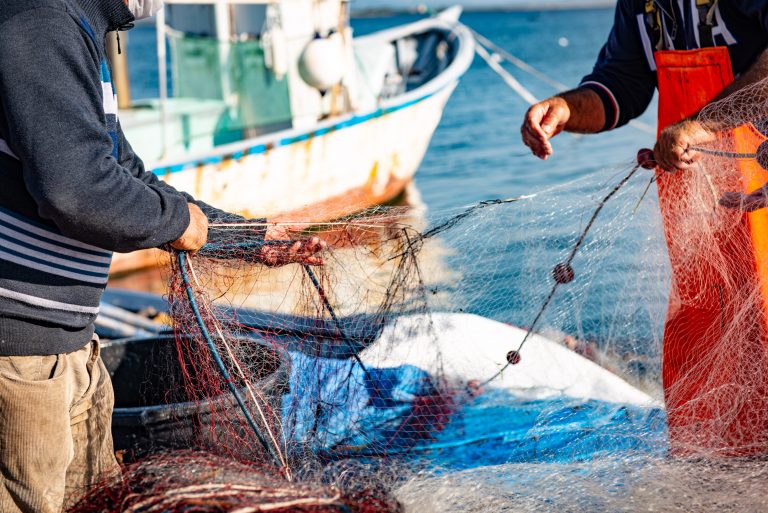 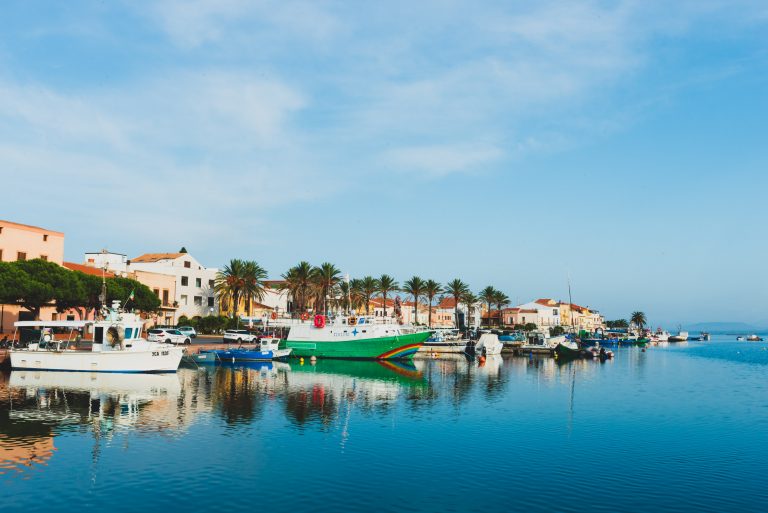 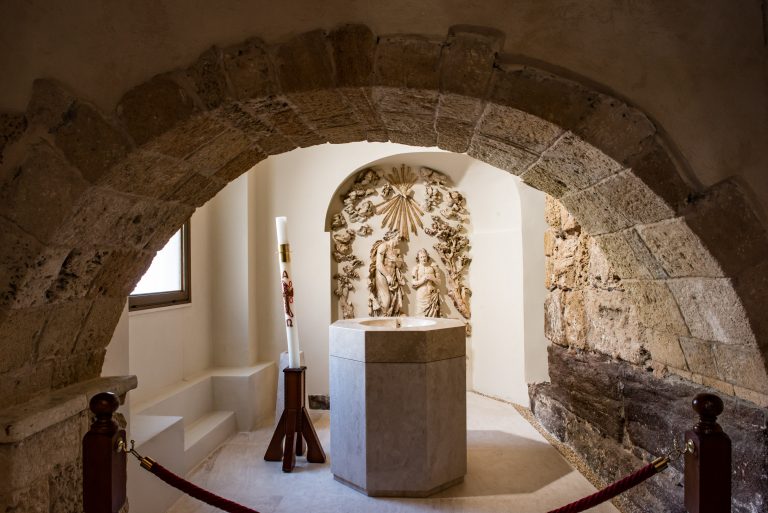 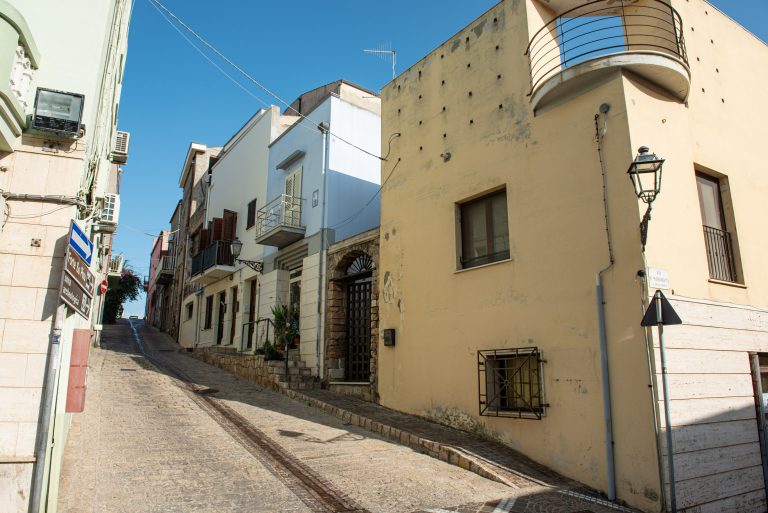 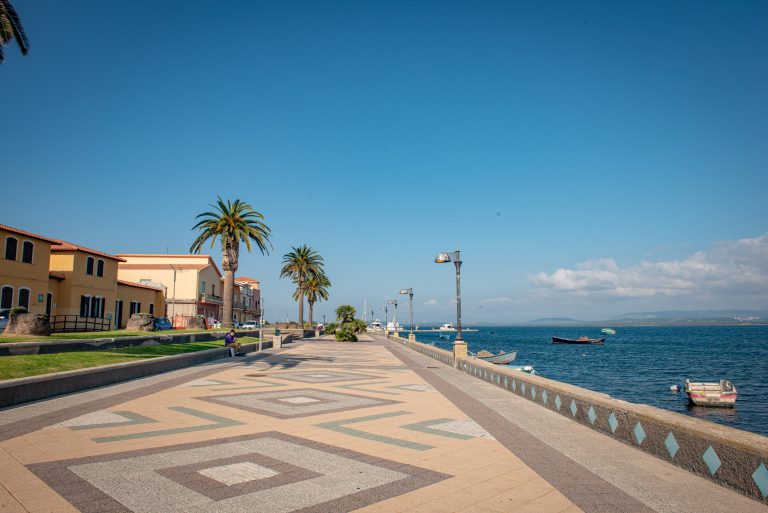 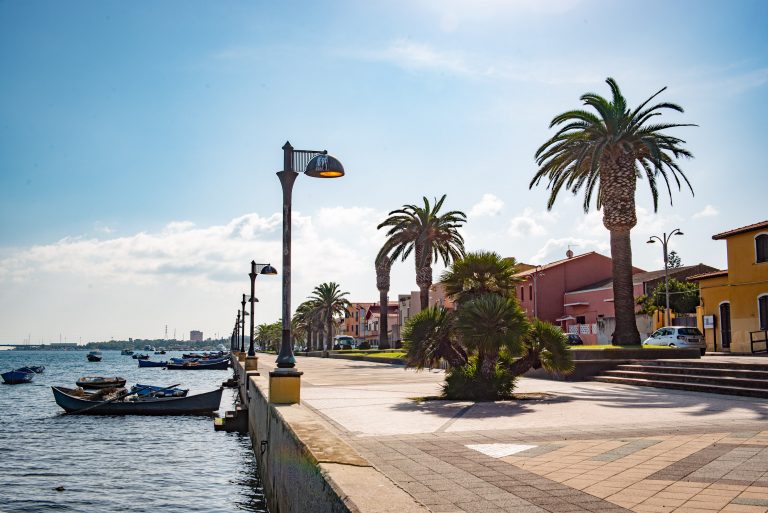 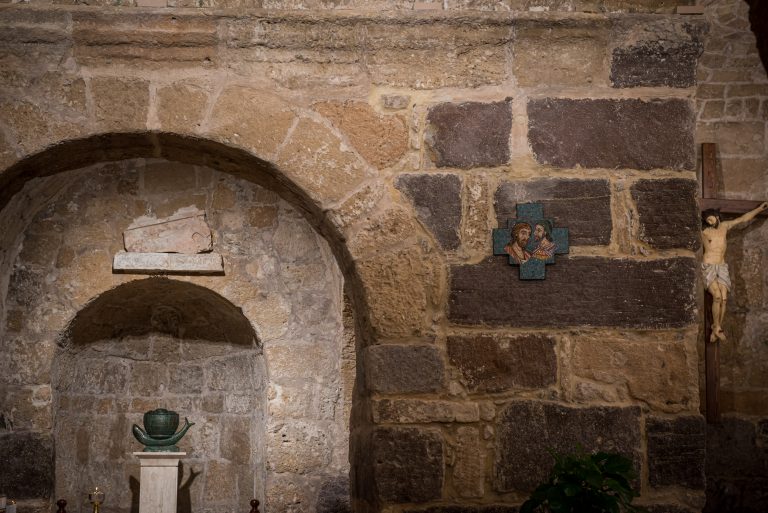 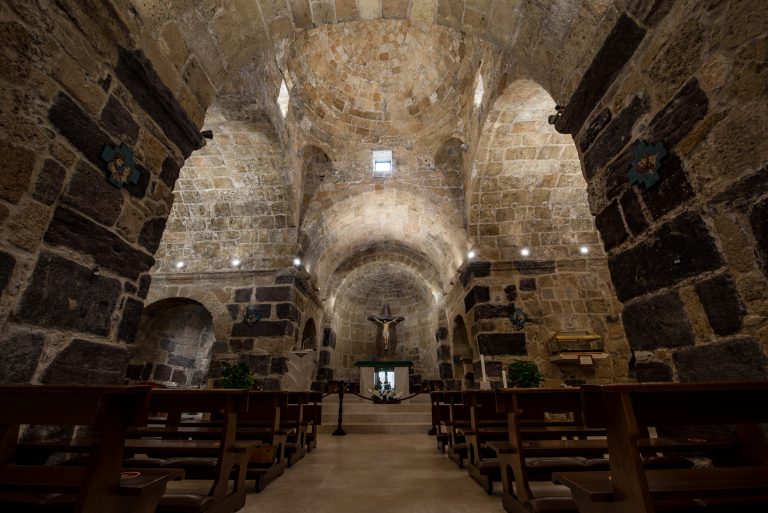 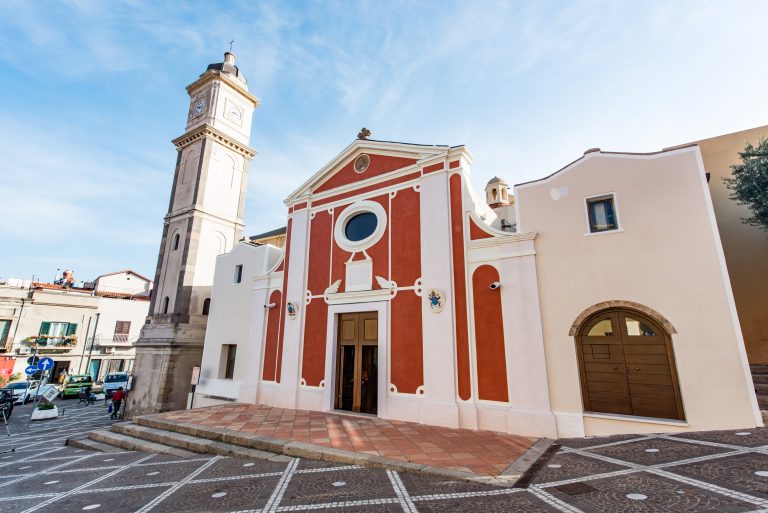 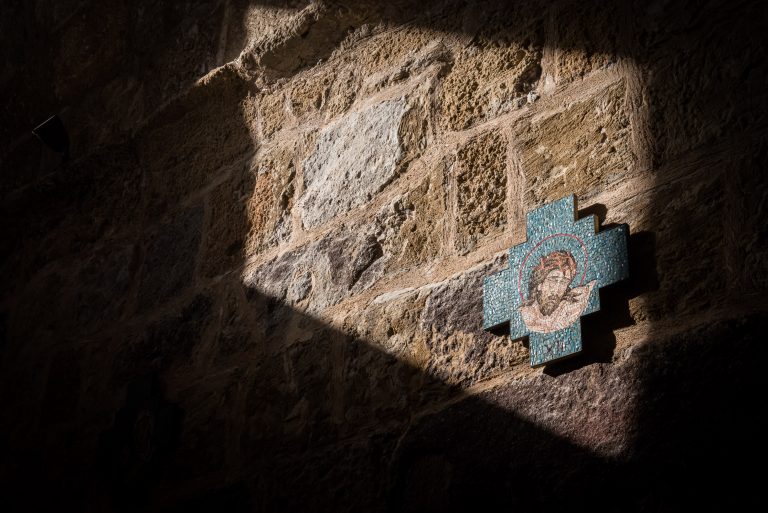 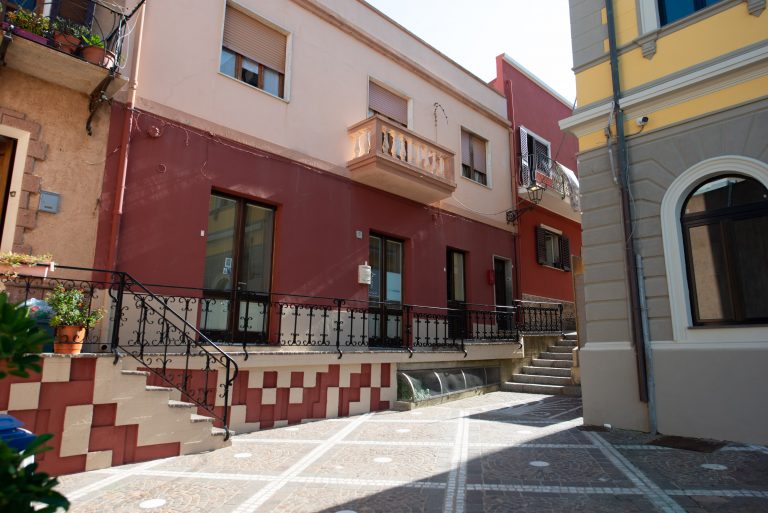 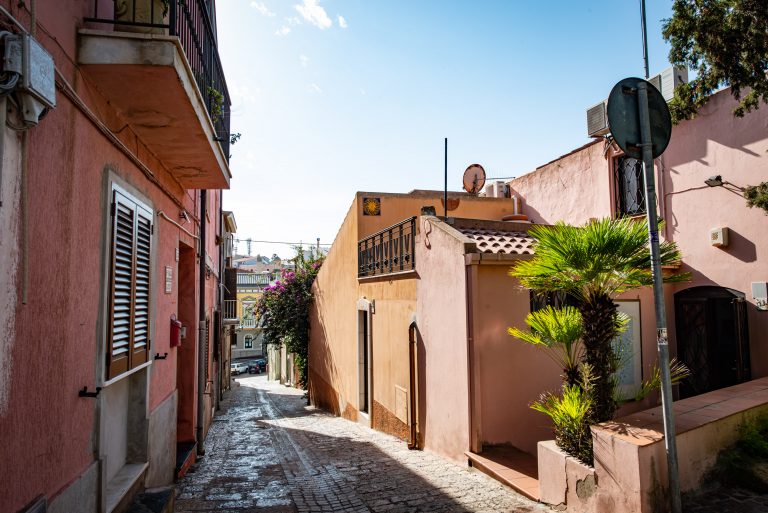 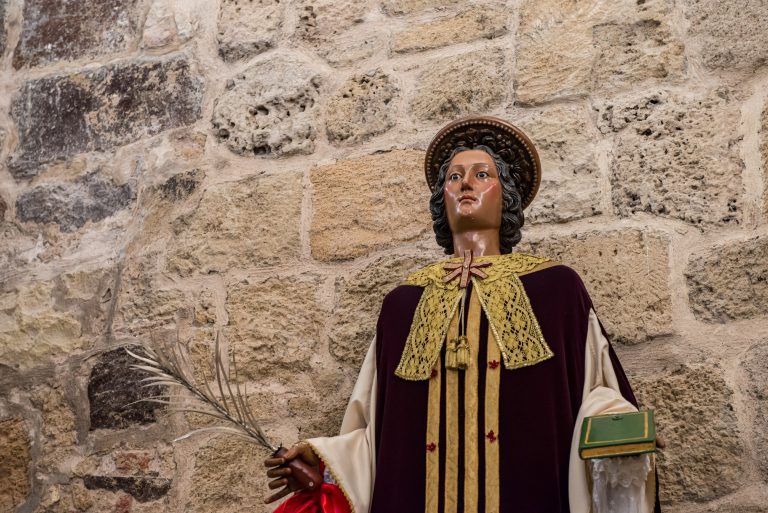 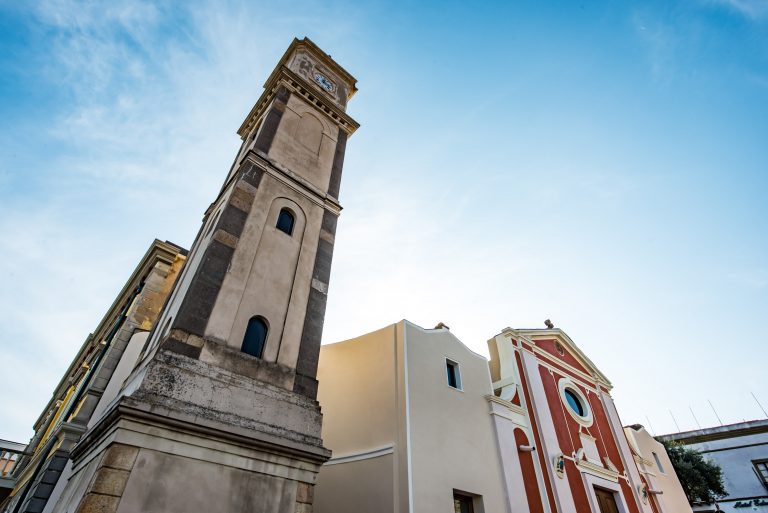 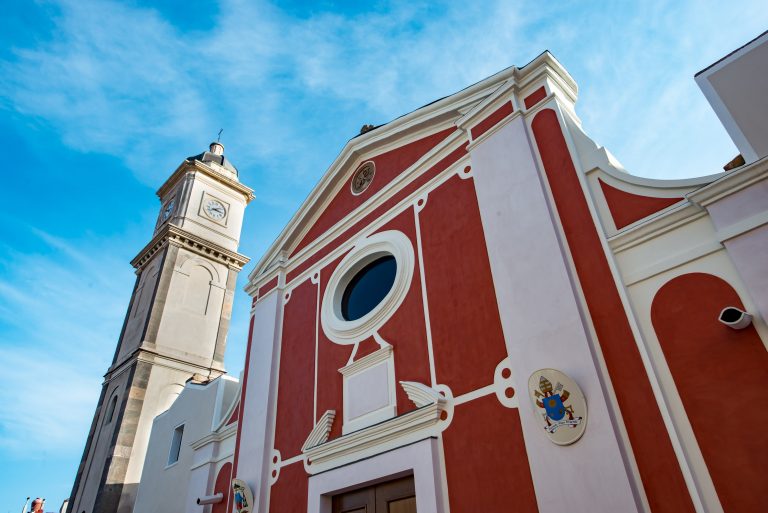 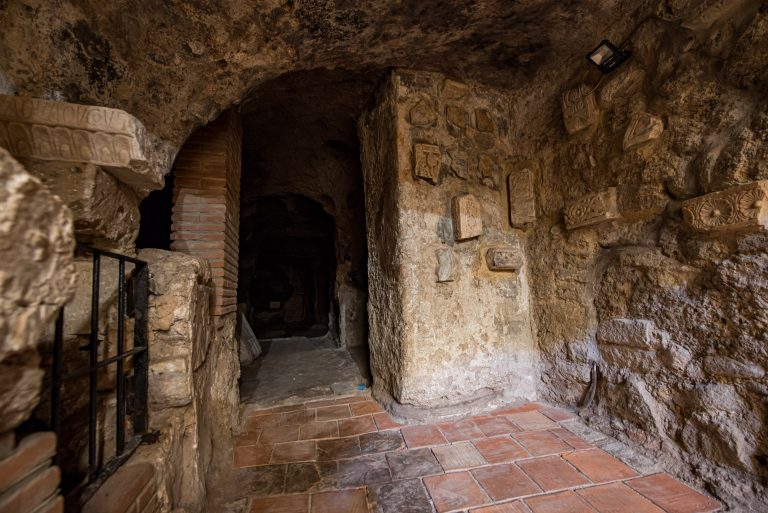 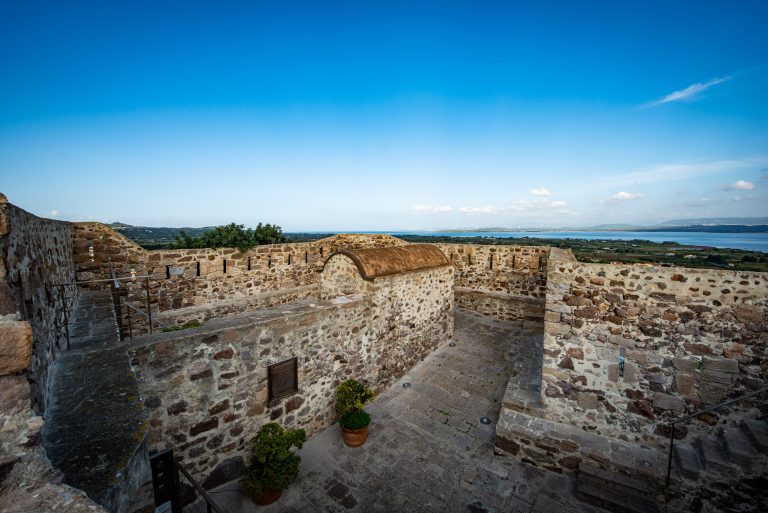 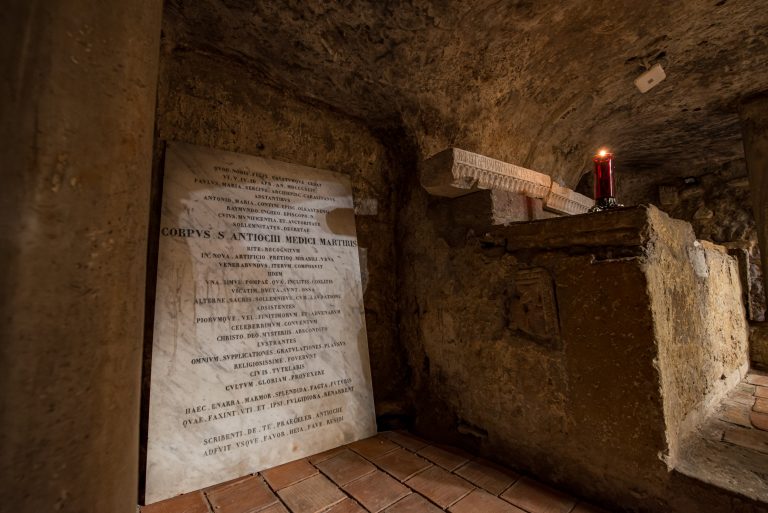 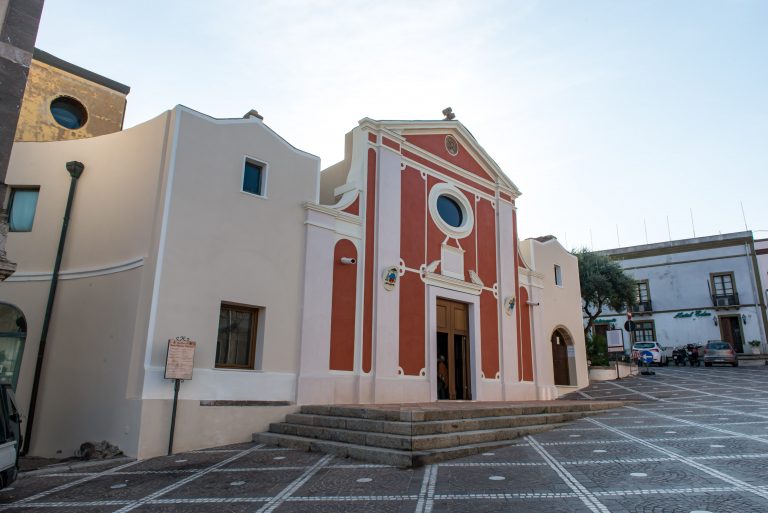 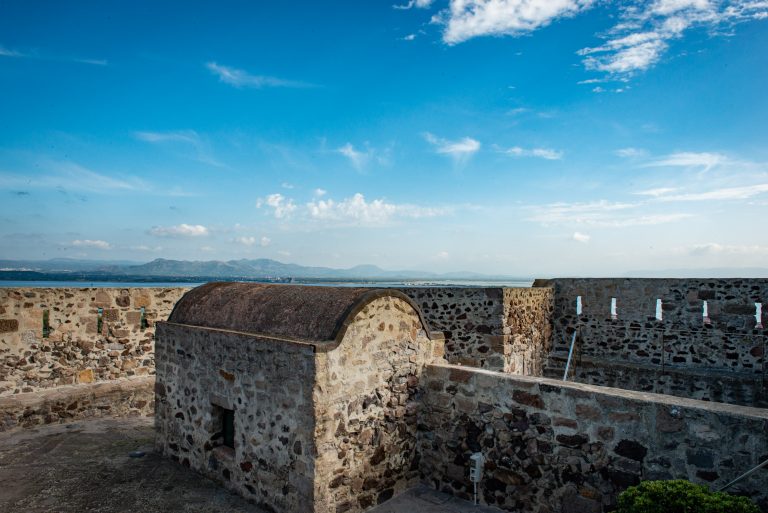